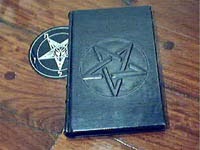 A Faustian Pact is a link and bargain between a human and Satan or a lesser demon. The latter offers specific services and fulfills the individual human's wish or desire in compensation of consuming the said human's soul after the contract is completed.
The demon might consume the human's soul, after fufilling the wishes of the human, at even the cost of their life.
To fulfill something tantalising and difficult to accomplish, such as a satisfying revenge, a human is required to give up their soul as payment.

It is also understood that some individuals make this type of pact just as a sign of recognising the Devil as their master, in exchange for nothing. 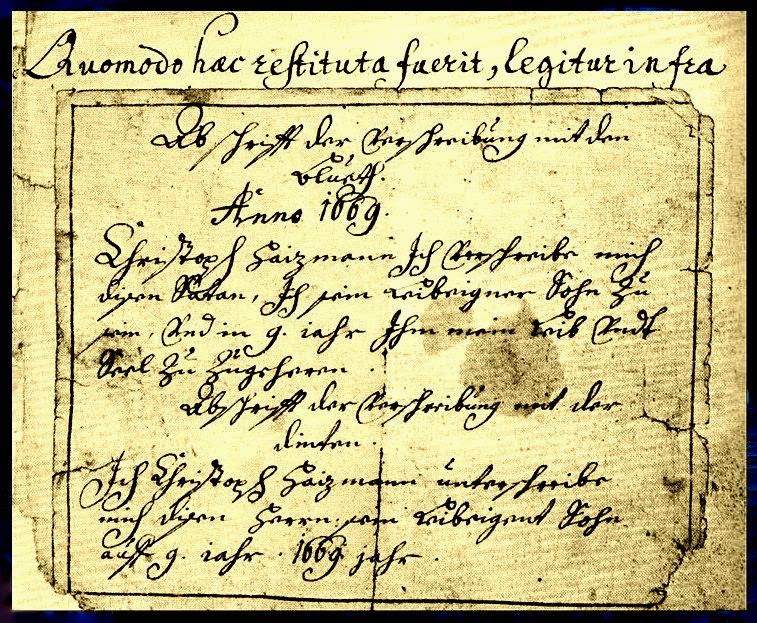 The pact can be oral or written. An oral pact is made by means of invocations, conjurations, or rituals to attract the demon. Once the conjurer thinks the demon is present, he/she asks for the wanted favour and offers his/her soul in exchange, and no evidence is left of the pact; but according to some witch trials and inquisitions that were performed, even the oral pact left evidence, namely the diabolical mark, an indelible mark where the marked person had been touched by the Devil to seal the pact. The mark could be used as a proof to determine that the pact was made. It was also believed that on the spot where the mark was left, the marked person could feel no pain. A written pact consists in the same forms of attracting the demon, but includes a written act, usually signed with the conjurer's blood (although sometimes was also alleged that the whole pact had to be written with blood). Forms of these include contracts or simply signing your name into Satan's Red Book. The Malleus Maleficarum discusses several alleged instances of pacts with the Devil, especially concerning women. It was considered that all witches and warlocks had made a pact with a demon, especially with Satan.
According to demonology, there is a specific month, day of the week, and hour to call each demon, so the invocation for a pact has to be done at the right time. Also, as each demon has a specific function, a certain demon is invoked depending on what the conjurer is going to request.
In the narrative of the Synoptic Gospels, Jesus is offered a series of bargains by the Devil, in which He is promised worldly riches and glory in exchange for serving the Devil rather than God. After Jesus rejects the Devil's temptation, He embarks upon his journey as the Messiah. 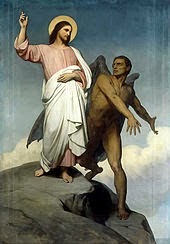 Aleister Crowley was himself the head of the German-based Ordo Templi Orientis, as well as being a depraved diabolist who indulged his foul appetites in a descending spiral of disgusting decadence.

Over the years the original medieval Templars became tainted with Islamic mysticism, and Gnosticism was embraced by some while in Palestine. They became further contaminated by a sect known as the Assassins. The Order of Knights Templar inevitably degenerated, and some are believed to have engaged in the practice of Phallicism, or sex worship, and Satanism - venerating Baphomet, the idol of Luciferians.

The crime of sodomy was eventually a rite of Templar initiation. Such masonic ritual is Luciferian worship, despite their very clever attempts to hide this fact. The Grand Master at the time - when King Philip IV of France tried and executed key members - was named Jacques de Molay. Since de Molay was Grand Master of the Knights Templar, it can be assumed he was also involved in these satanic and homosexual acts.

“DeMolay” is somewhat disturbingly one of the orders of Freemasonry for young men.

Baphomet (from Medieval Latin Baphometh, Baffometi, Occitan Bafometz) is a term originally used to describe an idol or other deity that the Knights Templar were accused of worshipping, and that subsequently was incorporated into disparate occult and mystical traditions. It appeared as a term for a pagan idol in trial transcripts of the Inquisition of the Knights Templar in the early 14th century. The name first came into popular English usage in the 19th century, with debate and speculation on the reasons for the suppression of the Templars.
Since 1856, the name Baphomet has been associated with a "Sabbatic Goat" image drawn by Eliphas Levi which contains binary elements representing the "sum total of the universe" (eg male and female, good and evil etc.). Baphomet, of course, is principally associated with diabolism due to the adoption of it as a symbol by the Church of Satan.
The Sigil of Baphomet was originally a goat pentagram that appeared in the book La Clef de la Magie Noire by French occultist Stanislas de Guaita in 1897. This symbol would later become synonymous with Baphomet, and is commonly referred to as the Goat of Mendes or Sabbatic Goat. 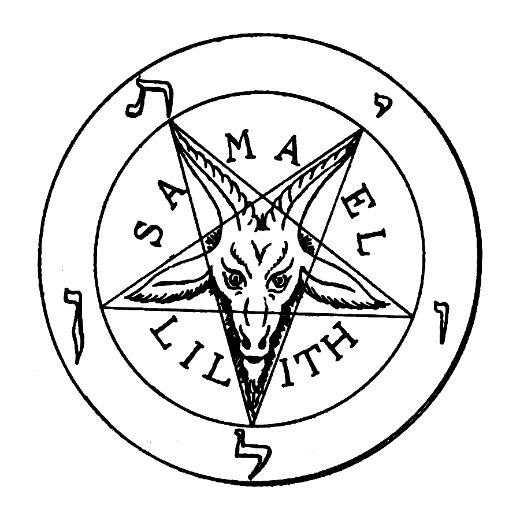 Samael is a figure in the Talmud and Lilith is a female demon in Jewish mythology. The Hebrew letters at the five points of the pentagram spell out Leviathan, a mythic creature in Jewish lore. This symbol was later adapted by the Church of Satan in 1969 and officially named as the Sigil of Baphomet.

Aleister Crowley was initiated into Freemasonry on 8 October 1904, presumably passed the following month, and raised on 17 December 1904. He was the Secretary of Quatour Coronati Lodge. Crowley had already been initiated into an irregular form of Scottish Rite Masonry in Mexico City in 1900 and this ultimately led to his plethora of high degree systems. This included both the systems of Memphis and Mizraim and the Antient and Primitive Rites. Details of this can be found in Crowley’s ownConfessions. This is turn led to his contact with Theodore Reuss and the OTO. which, as history has shown, had a profound affect and was among the most important moves in Crowley’s life. Reuss was associated with the degree collector McBlain Thomson, which led Crowley to contact with Spenser Lewis of AMORC among others. Crowley eventually distanced himself from Thomson and purged OTO to a great degree of its infringements on regular Masonry, but the stigma was attached and the charges rightly and wrongly of his activities as a clandestine Mason linger.

The United Grand Lodge of England, on the other hand, has a committee that judges whether a person was ever a Freemason whenever there is a question of legitimacy. They have deemed Aleister Crowley not to be a Mason based on their judgement of his “character” in spite of the fact that they now recognise the Lodge into which he was initiated, whereas they recognise Mozart as a Freemason even though the Strict Observance to which Mozart belonged has at no time ever been considered regular by the United Grand Lodge of England. In the United States such matters are determined by Masonic code and such problems never arise.


If a Grand Lodge is considered regular, the work of its subordinate bodies is considered regular. American Freemasons can feel confident that with the recognition of the Grand National Lodge of France and its dependent body Anglo Saxon #103, Aleister Crowley’s mother lodge, Crowley’s initiation, passing and raising as Freemason was fully regularised and is technically recognised by Masonic code in every United States jurisdiction.


Even in Crowley’s time, the vast majority of Freemasons in the United States would have considered his initiation regular with the recognition of the Grand Lodge du France, unrecognised until WWI but certainly at no time either clandestine or irregular.

Aleister Crowley was for a great part of his life a regular Freemason and his life and work reflect the instructions given in Freemasonry. His magick, his work in the Golden Dawn, A∴A∴ and OTO, including the Book of the Law (Liber Legis), reflect Masonic ideas and ideals and his work cannot really be fully understood without the context of Freemasonry. 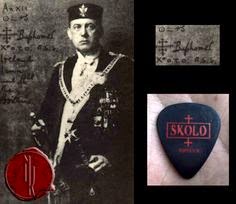 Wicca is the Saxon root word meaning “to bend.” Sometimes, though with less justification, it is traced to the word for “wise,” and a... 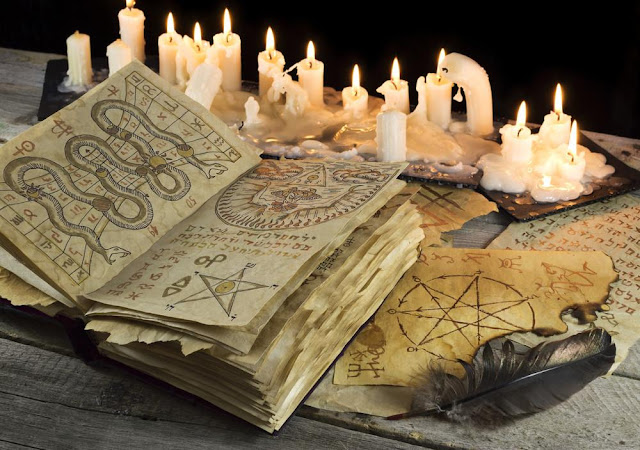